From creating award-winning animated movies to discussing communities of justice to taking a cue from the world’s healthiest people, we’ll dive into how these ideas can apply to Minneapolis. Help us answer the question: How do you want to live, work, and play in your city?

Find us at the corner of Nicollet Mall and 12th Street in an environment transformed for MiX. Take in an outdoor experience complete with music, good eats, local drinks, interactive activities, and social events. Everyone is invited and all events are free!

The Minneapolis Idea eXchange (MiX) blends culture, stirs thought, and kindles solutions by bringing the community together to foster ideas that power our community.  MiX is an initiative of the Minneapolis Downtown Council.

Event Details:
Pete Docter
Monday, September 28, 7:00 PM
Inside the Creative Community: The Power and Process of Animated Film
Pete Docter is a film director, animator, screenwriter, and producer at Pixar Animation Studios. He contributed to the story and characters of Toy Story, Pixar’s first full-length animated feature film, and served as the supervising animator for the film. He wrote story treatments for Toy Story 2 and Wall-E and directed Monsters, Inc., Up, and his latest release, Inside Out. He has been nominated for six Academy Awards and won Best Animated Feature Film for Up. Born and raised in Bloomington, MN, he graduated from the California Institute of the Arts where he received a Student Academy Award. He began work at Pixar the day after his college graduation and has been there ever since. In 1990, he was hired as Pixar’s third animator and began work the day after his college graduation.

Tavis Smiley
Thursday, October 1, 7:00 PM
No One Left Out: Creating Communities of Justice
Tavis Smiley is an author, publisher, social justice advocate, and host and managing editor of the late-night PBS television talk show, Tavis Smiley,and the public radio program, The Tavis Smiley Show. He has written or edited 18 books, including The Rich and the Rest of Us: A Poverty Manifesto, co-authored with Cornel West; My Journey with Maya, a memoir of his friendship with Maya Angelou; Death of a King, an account of the final year in the life Dr. Martin Luther King; and Covenant with Black America, a collection of essays addressing economic and social disparities. He is the founder of a nonprofit foundation committed to empowering young people and to alleviating poverty across all sectors of society.

Dan Buettner
Friday, October 2, Noon
A Blue Zones City: Living Like the World’s Healthiest People
Dan Buettner is the founder of Blue Zones, an organization committed to helping Americans live longer, healthier lives. He teamed with National Geographic and the world’s best longevity researchers to identify lifestyle choices in specific parts of the globe where people live measurably longer lives. Their research has been published in his bestselling book The Blue Zones: Nine Lessons for Living Longer from the People Who’ve Lived the Longest and his recent book, Blue Zones Solution: Eating and Living Like the World’s Healthiest People. In 2009, he brought his nine principles for longevity to the town of Albert Lea, MN, where participants in his program added an estimated 2.9 years to their average lifespan.

All events will be hosted at Westminster Presbyterian Church, located on Nicollet Mall and 12th Street in downtown Minneapolis.

Learn more and register at  http://www.minneapolisideaexchange.com/2015mix 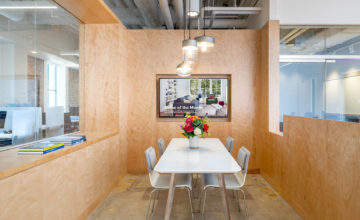